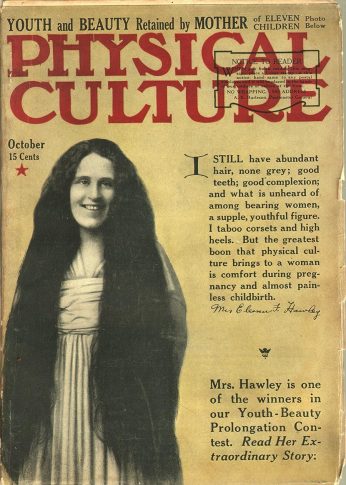 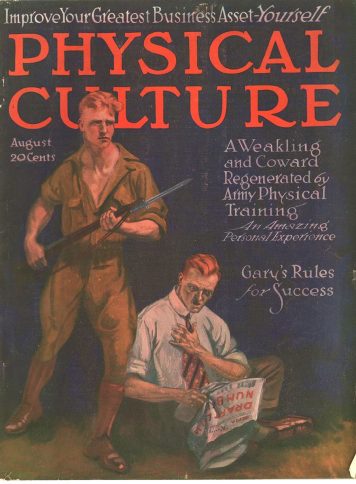 Bernarr Macfadden was a vegetarian bodybuilder and publisher whose widely popular magazine, Physical Culture, (founded in 1899) promoted exercise, fasting, temperance, unprocessed foods, and virility. Macfadden’s origins were intoxicating, especially to a young person seeking to remake themselves. Orphaned by an alcoholic father and consumptive mother in Missouri, the sickly Macfadden was told by doctors that he was destined to develop tuberculosis as well. He swore to prove them wrong. By 16, Macfadden started lifting dumbbells at a gymnasium and discovered his life’s passion. He declared himself a “kinistherapist” and railed against the sins of corsets, white bread, doctors, vaccination, overeating, and prudery. He founded the Physical Culture vegetarian restaurant in New York in 1902; within a decade, branches were operating in several American cities.

The magazines are archived here. 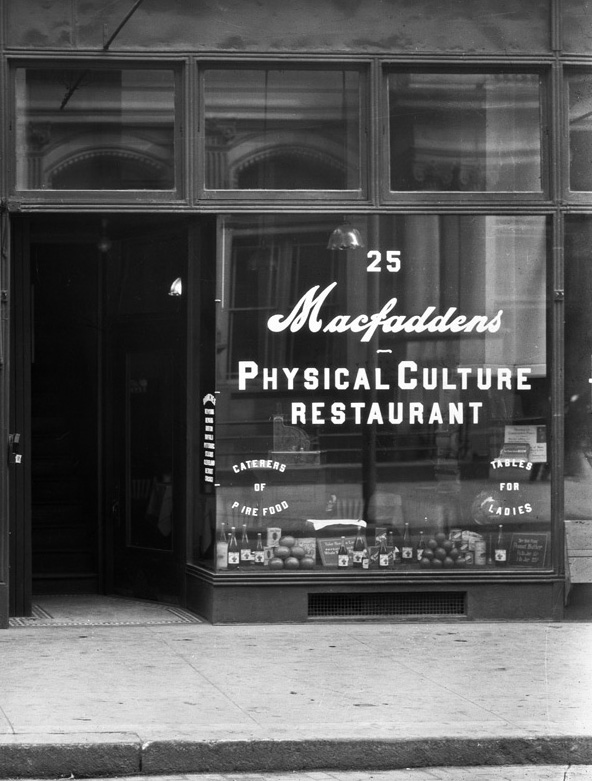